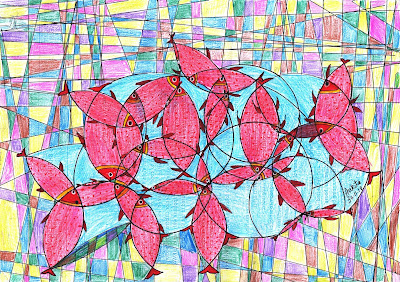 I have tried to play with form and style in this piece of abstract work. 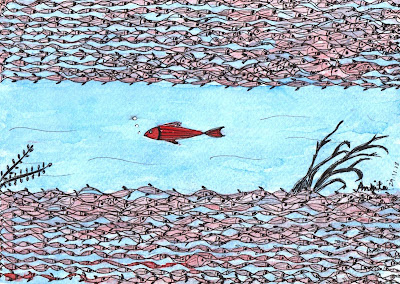 Dear God, let people flock wherever they wish, please grant me the strength to chart my own course with confidence. 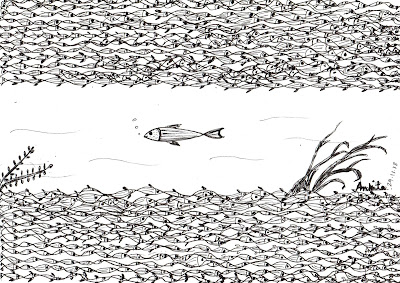 Few days back, on one wintry morning, I came across a front page article about the India Art Fair at the Thayagraj Stadium, Delhi and decided there and then that I was not going to miss it! The three day festival (23-25 Nov) showcased more than 124 artists and galleries from across the country and yes, it was The India and not The Indian Art Festival, as most people, even participants mistook it for! So, on Sunday, I visited the place as for being an art lover and artist, I had no reason to miss the short and wonderful event. However, what I observed was different from what I had been expecting and given below are my personal observations. These are not meant to hurt or criticize anyone or any work.

Firstly, most works were only paintings that too mere renditions and I was disappointed that not much conceptual art could be spotted. Art is not only something painted on a canvas but the use of other mediums like metals, glasses, mixed media etc to reflect thoughts. Some metal and stone works were available but they were too few to be reviewed. The paintings looked amazingly well done but lacked original thought as well as concept. Beautiful renditions of sceneries, birds, nature and temples were a treat to the eyes but starved the soul. Only a few artists had focused upon concepts and innovation. I believe these two aspects, skill and thought, make up a good artwork. Sadly, almost all works were overflowing with the former but lacked the latter, although some pieces combined them in different proportions. I believe that a good artwork brings a change in viewer’s mindset. The message that it gives out subtly is always more important, for art can change the world.

Secondly, the dominant theme was that of Hinduism and art can rarely flourish when it is restricted in anyway. Most of the works showed Hindu symbols like temples, ghats, bells, worship, and deities mainly Shiva and Ganesha and too much of Buddha also. I think we need to be innovative and open up a bit. Art stems from artist’s subconscious and it shows that religion is occupying unfairly more space in society.

Thirdly, I noticed many works were lacking in basic elements like perspectives, proportions, symmetry and angles.

Lastly, the prices were exorbitant. Ordinary renditions were in lakhs and small canvasses with usual sceneries painted upon were in thousands. Also, the arrangement was shoddy and unplanned, food was overpriced yet unsavory and I feel the stadium itself is in a dire need of a good cleaning.

I did enjoy the festival but I feel religious themes and renditions were abundant and what lacked was what art basically bring out, that is original thoughts, breakthrough ideas and messages. But then, it is also true that in India it is difficult to make a good living out of art so artists have to align their works as per the market where mostly renditions are demanded mainly for beautifying the living spaces. I feel we need to give art some space to grow and bloom, for visual media is indeed the most powerful one. 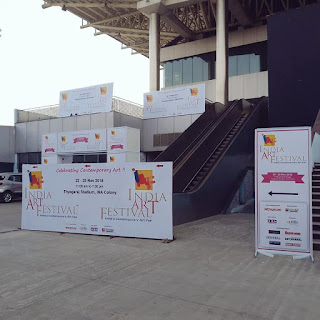 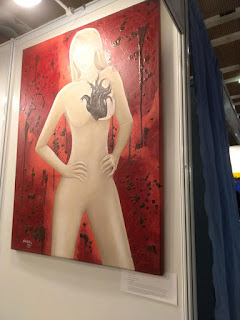 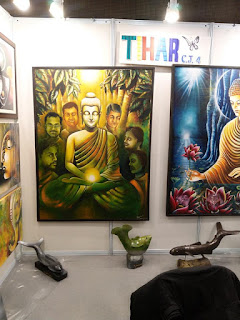 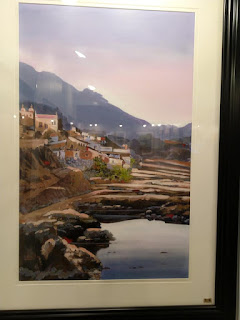 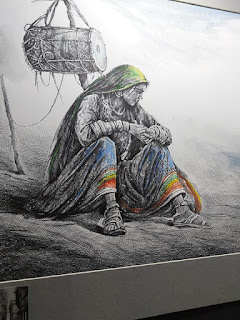 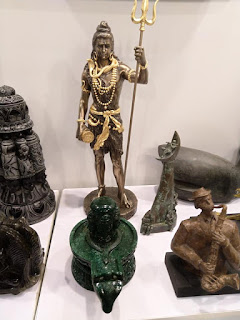 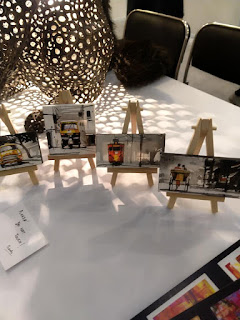 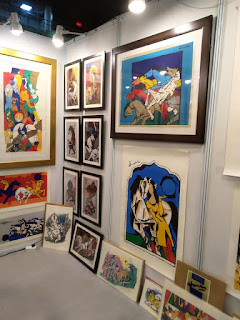 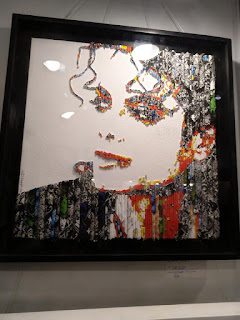 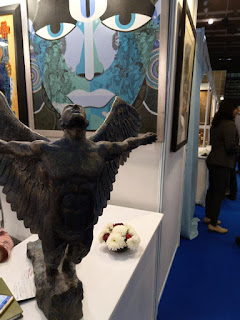 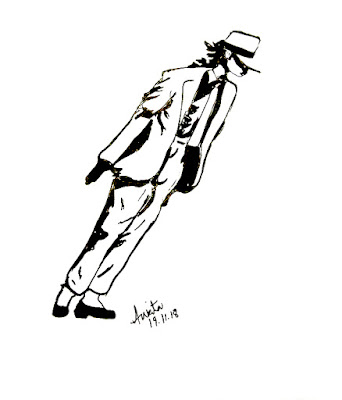 'King of Pop' Michael Jackson. I am still a fan of his awesome dance slant! The secret lied in his patented shoes! :) 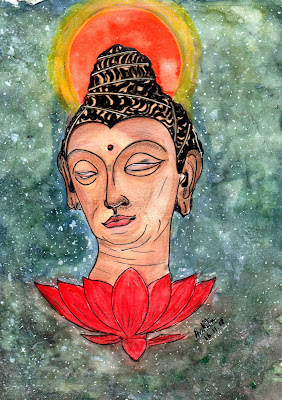 Buddha's teachings light up the universe. The word 'Buddha' means 'enlightened one'. 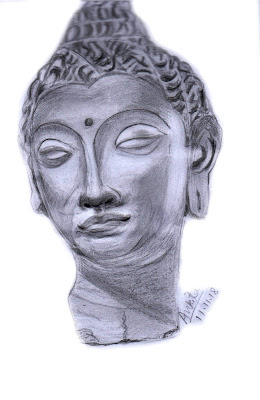 This is a rendition of 'Head of the Buddha', a sculpture dating back to 4th-5th century AD which belonged to the frontier region of Gandhara. Ref pic from 'The Story of Art' by E H Gombrich.

All Buddhists follow five moral Precepts that are abstaining from- 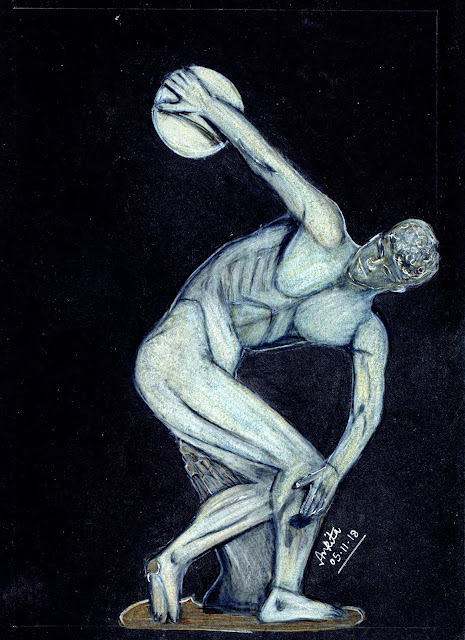 This is a rendition of a famous artwork named ‘Discobolos’ by the ancient Greek sculptor ‘Myron’. The original was a bronze one that was unfortunately lost. However, an exact Roman copy is still preserved. Greek artists were experts in sculpting movements and muscle tones. The winners of the Olympic Games commissioned their statues from famous artists of that time. This young man must have won a prize in the game of discus throw.
I have intentionally used the black paper as I wanted to recreate the look of ‘old marble’ and display muscle tones that ancient artists so deftly sculpted upon the marble stone.
I love reading about ancient cultures esp Greece and Egypt and nothing fascinates me more than the ancient art! I hope you will like it.
Medium- Color pencil on black card paper. 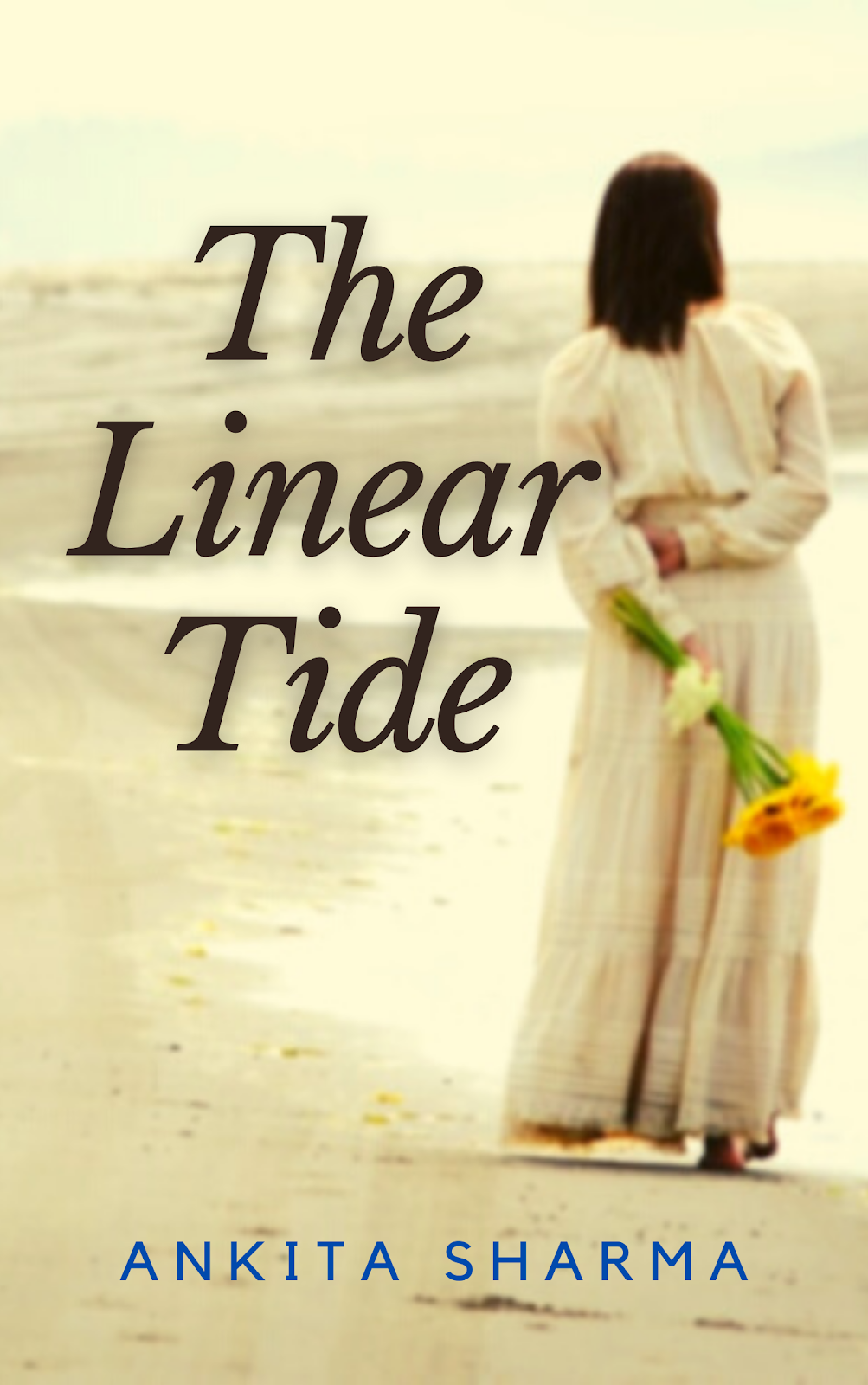 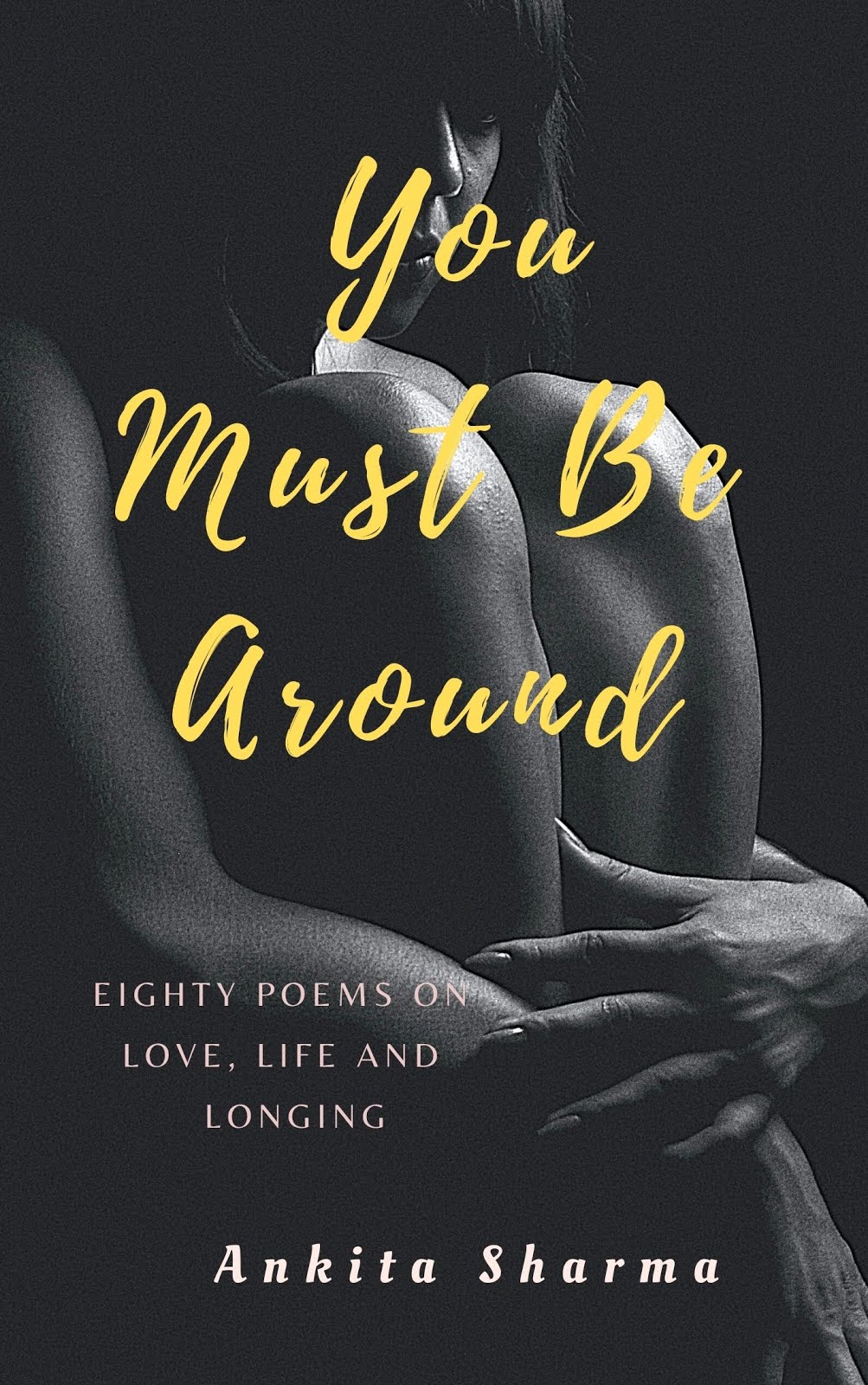 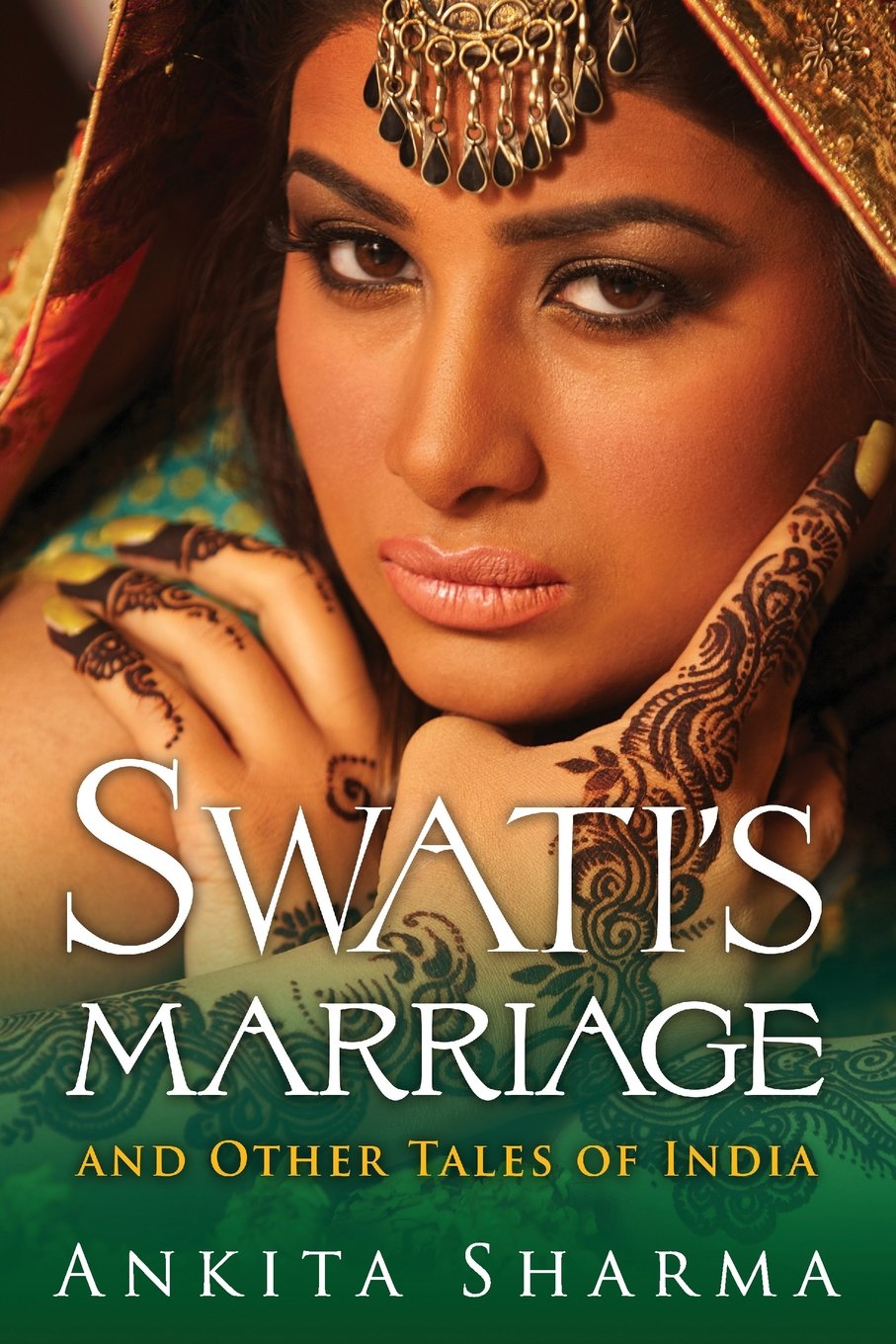 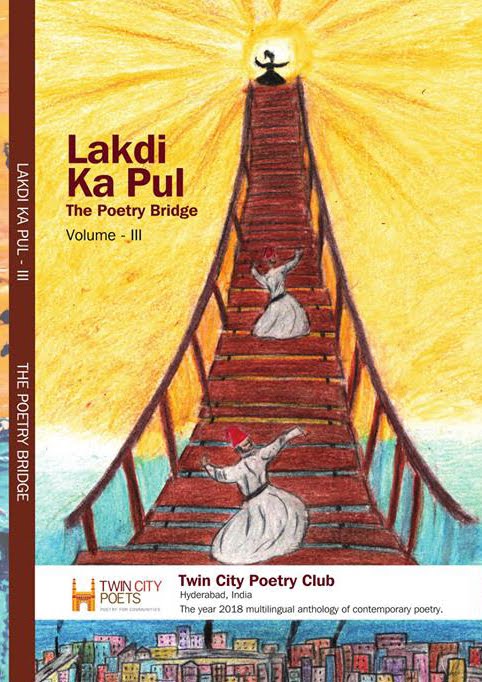 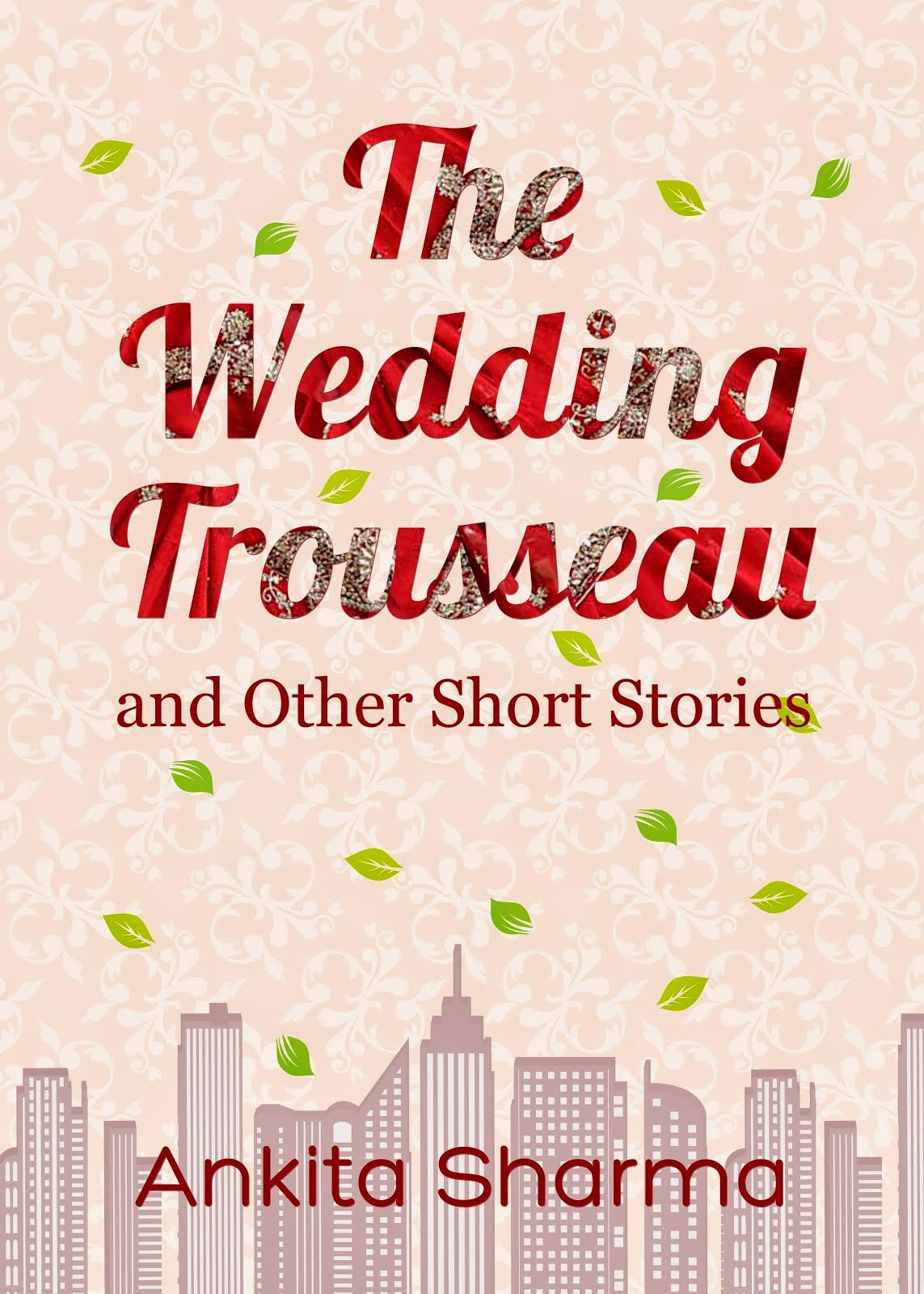 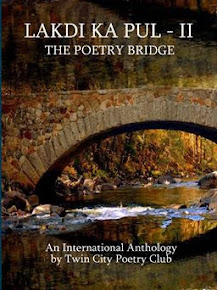